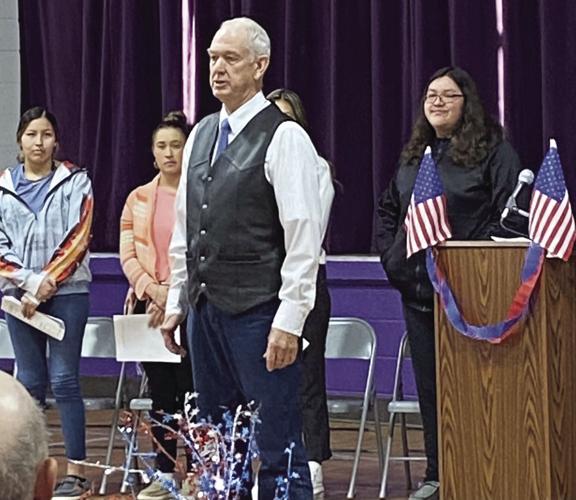 Keith Stark, Commander of Emmet Ryan American Legion Post #36, expresses gratitude for the event and gives a short history of the significance of Veterans Day. Photo by Carol Green 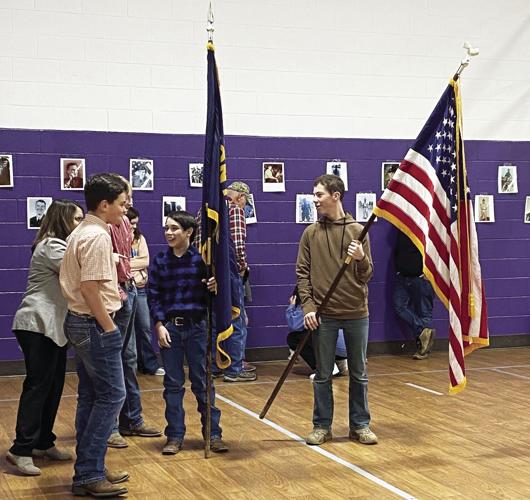 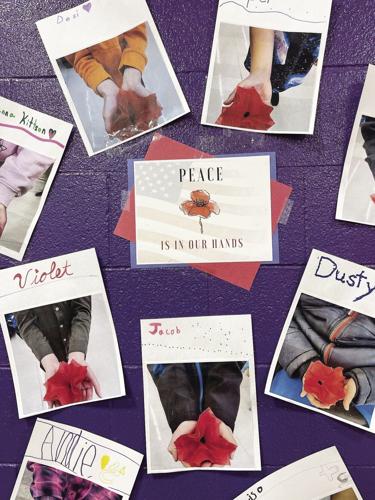 “Peace is in Our Hands” artwork by Valier elementary students is on display to honor veterans. Photo by Carol Green 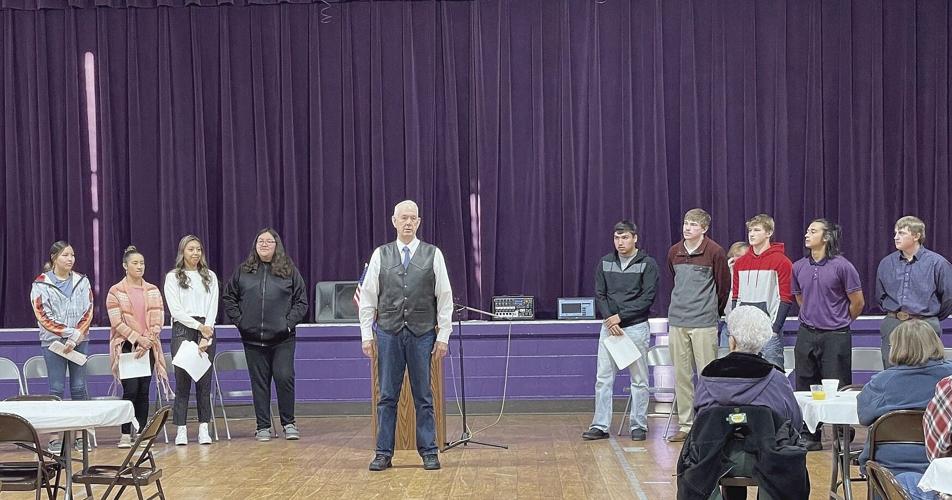 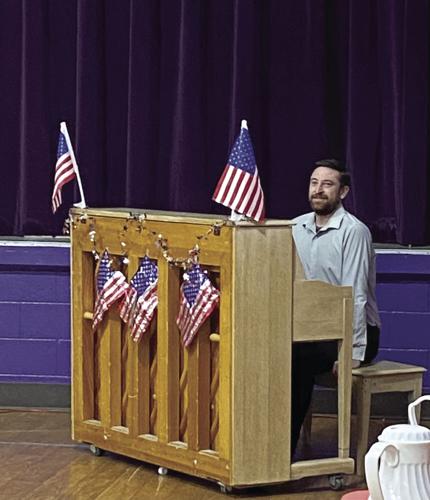 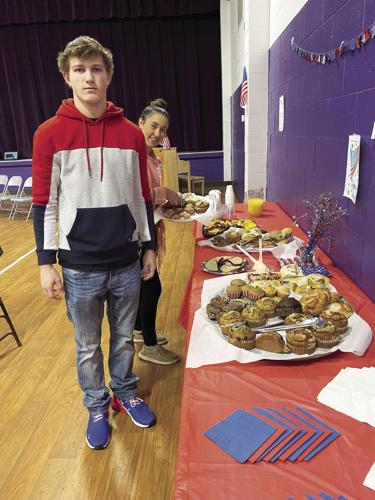 Keith Stark, Commander of Emmet Ryan American Legion Post #36, expresses gratitude for the event and gives a short history of the significance of Veterans Day. Photo by Carol Green

“Peace is in Our Hands” artwork by Valier elementary students is on display to honor veterans. Photo by Carol Green

Valier High School hosted a breakfast and program Friday, Nov. 11 for “Veterans of our community” to show appreciation for their service.

Many hands were involved in the preparation of breakfast as the National Honor Society, Culinary Arts Class, High School Staff, and The Panther Cafe joined forces to provide an assortment of pastries, fruit, juice and coffee for the honorees and their guests.

Seniors Kamden Broesder and Caden Lahr extended a welcome to those in attendance. The program was presented by Ms. Printy-Smith’s Senior Government class with a little help from 7th Grade students, Brock Bales, Rayden Briden, Colter Forbes and Ryder Hitchcock who presented the flag accompanied by Reed Briggs on the drum. Chris Wright, Valier High School ParaProfessional, then played the Star Spangled Banner on the piano while those in attendance stood to honor the Red, White, and Blue.

Eighteen veterans representing various branches of the military were honored as each senior took part in the event. Seniors Reed Briggs,Weslin Edwards, Rylee Gabbard, and Joe Ramos each read remarks honoring the veterans. Lily CalfRobe, Sierra Curry, and Katelyn LaMere introduced the symbolism of the poppy and together recited “In Flanders Fields” by John McCrae.

Elementary students had an opportunity to show their gratitude by creating an artwork display titled “Peace is in Our Hands,” a collection of photographs showing poppies in the hands of each student.

A touching moment came as each veteran stood and received an ovation while their designated march was played during the Armed Forces Medley. Local veterans represented nearly every arm of the military.

At the conclusion of the program, Commander Keith Stark of the local Emmet Ryan American Legion Post #36 took a few moments to express gratitude on behalf of the veterans for the students and staff that provided the event. He explained that Veterans Day on November 11 was initially Armistice Day signifying the signing of a cessation of hostilities between World War I Allied Forces and Germany on November 11, 1918. After World War II, the United States adopted the name of Veterans Day to include all veterans of past and present conflicts.

After the program Valier Schools Counselor and National Honor Society Advisor, Roni Habel, expressed her gratitude and relief, “You just never know, but somehow they always pull it off.” Certainly, these veterans felt something similar during their service experience.

Thank you to all those who have and to those who continue to serve and protect.