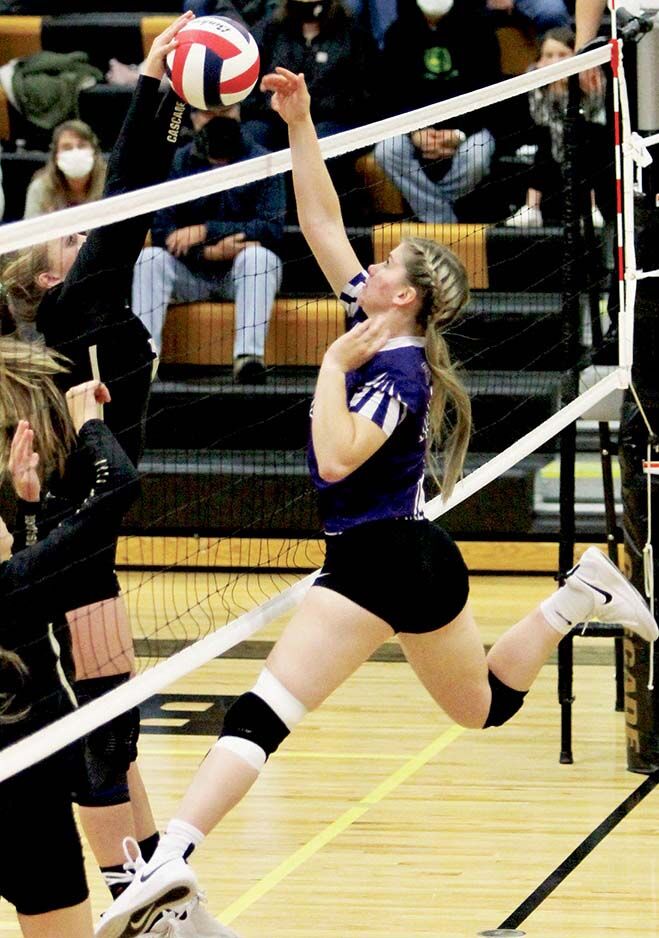 The Lady Panthers, including senior Skylar Connelly, had a busy weekend wrapping up regular season play in preparation for the District 6-C Tourney in Valier this week. To see the tourney bracket, click on the arrow at the top right. 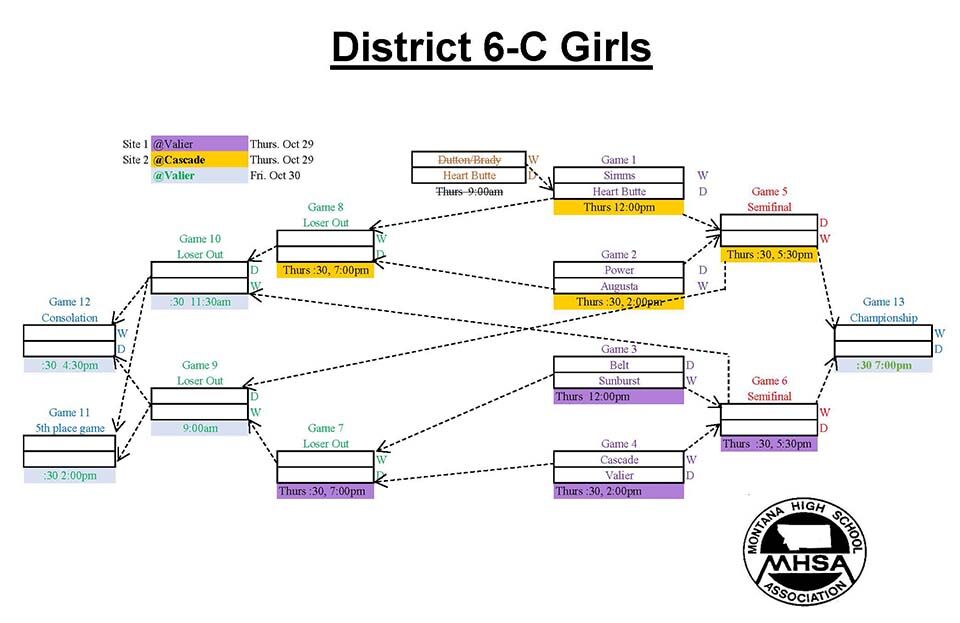 The Lady Panthers, including senior Skylar Connelly, had a busy weekend wrapping up regular season play in preparation for the District 6-C Tourney in Valier this week. To see the tourney bracket, click on the arrow at the top right.

The Valier Lady Panthers were back on the court last week as they played three games after having two weeks away from the gym for quarantine due to COVID-19 exposure. The spikers dropped matches to Power and Augusta while they downed Cascade to close out the regular season. The District 6-C Tournament is this week and will be hosted by Valier and Cascade.

“We weren’t quite at the level of play that we were at before quarantine,” said head coach Kadie Briggs. “One practice was not quite enough to get us ready for a team like Power. Our attacking was off and our ‘back in action’ jitters were showing.”

Valier then faced off with Cascade where they took the match 26-24, 17-25, 25-22 and 25-9. Connelly was again a force in the match with 12 digs, ten kills and seven blocks. Ramsey and Monroe each notched seven kills in the win and Monroe also served up seven aces in the win. Christiaens dished out 15 assists to go with eight digs followed by Kovatch with 11 assists.

“We really started to see some of our chemistry and movement come back,” said Briggs. “We had some intense rallies that reminded the girls they could overcome. Hannah Monroe had some amazing serving runs at pivotal times that not only brought us back from deficits, but helped us control leads.” The Panthers served 90% in the victory.

Connelly and Monroe both hit double figures in kills with 13 and ten respectively while Monroe also recorded ten digs. Christiaens tallied 20 assists followed by Kovatch with 16 assists and 11 digs. Ramsey served eight aces in the loss to go along with six kills.

“We were able to have two more practices before meeting up with Augusta,” said Briggs. “We dominated the first two games but started to lose some steam and struggled with staying on the attack. It was a heart breaking loss that took us out of the running for a season trophy, but with some grit and determination we can work our way back at tournaments.”

The District 6C Tournament bracket features Valier opening up tournament play against Cascade on Thursday, Oct. 29 at 2 p.m. at Valier high school. The complete bracket and pairings are featured below.