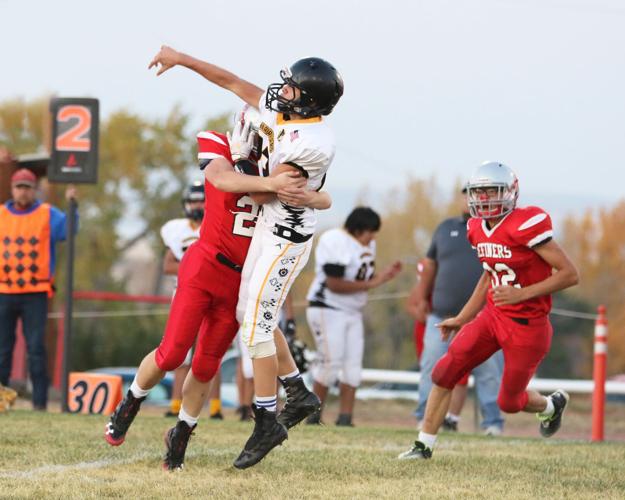 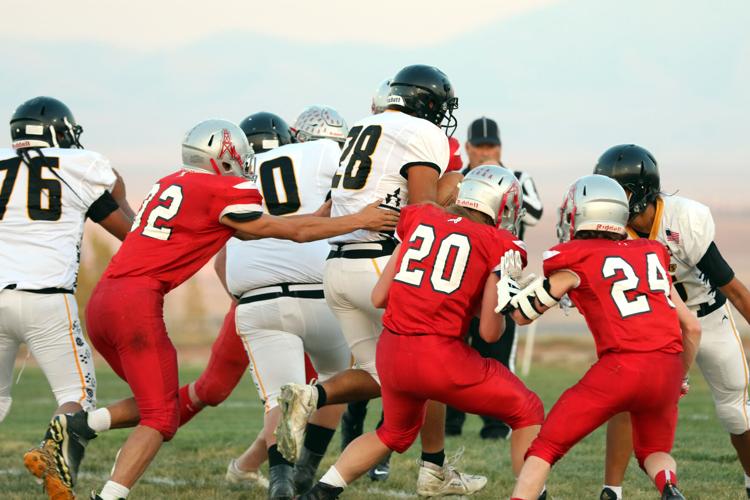 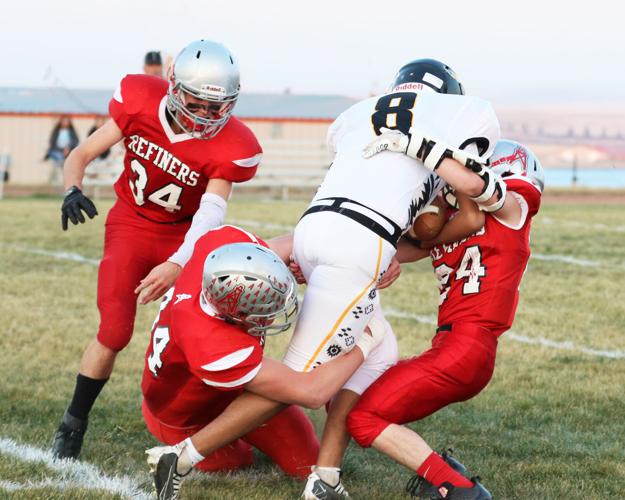 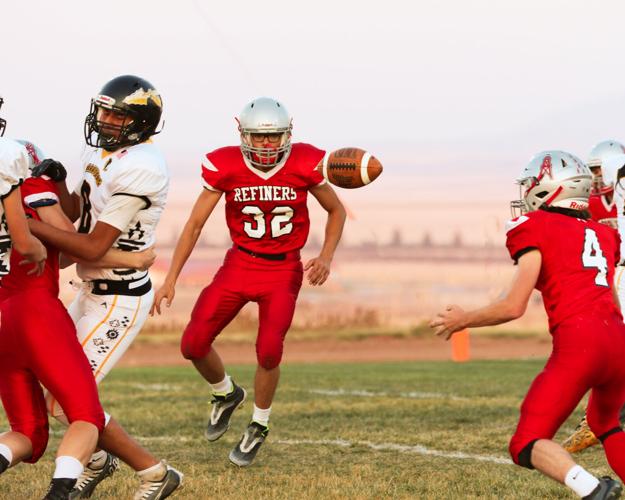 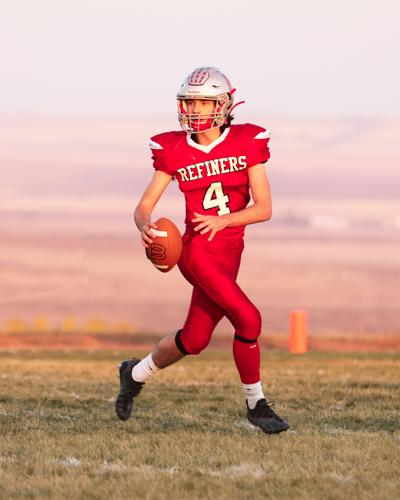 The Refiners struck first when Connor Sullivan returned a fumble for the games first score. Heart Butte answered, and the game was tied 6-6 entering the second quarter.

Heart Butte scored twice to start the third quarter, taking 18-13 lead before the Refiners could answer. Kerfoot connected with John Buckley with an 11-yard pass, and then Kerfoot ran in the extra point conversion to take a 20-18 lead. The Refiners would then force a safety to end the third quarter, leading 22-18.

The fourth quarter saw plenty of points scored, and the Refiners extended their lead with a 49-yard Sullivan run, and a Kerfoot extra point, followed by a 70-yard Sullivan interception to run the Refiner led to 17, 35-18. Heart Butte found the end zone to tighten the score, to 35-24, but Sullivan ran the ball in from 28-yards out, and Luke Holland scored the extra point to extend the lead to 42-24. Heart Butte scored once more but the Refiners prevailed.