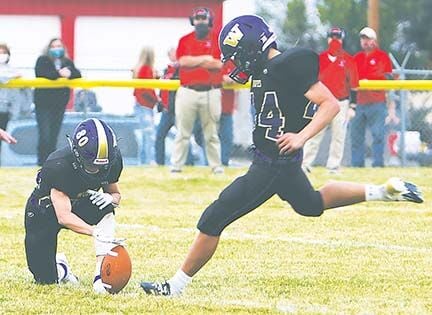 Cut Bank’s Eddie Dewert kicks an extra point out of the hold of Wyatt Berkram. 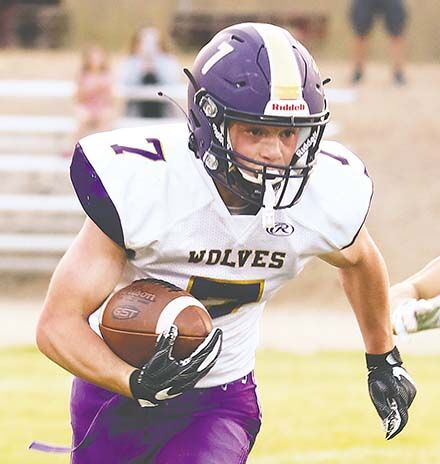 Cut Bank’s Eddie Dewert kicks an extra point out of the hold of Wyatt Berkram.

Dewert was the lone Wolf on a First Team squad that saw 22 of 27 slots go to athletes from Fairfield, Glasgow and Malta.

Junior Matt Larson was named to the Second Team as both a return specialist and a defensive back. He was joined by teammates Wes Omsberg, Austin Vanek and Dayne Barbie on the Second Team.

Omsberg, a senior, was named to the Second Team as an offensive lineman. Juniors Barbie and Vanek were given Second Team accolades as a defensive end and linebacker, respectively.