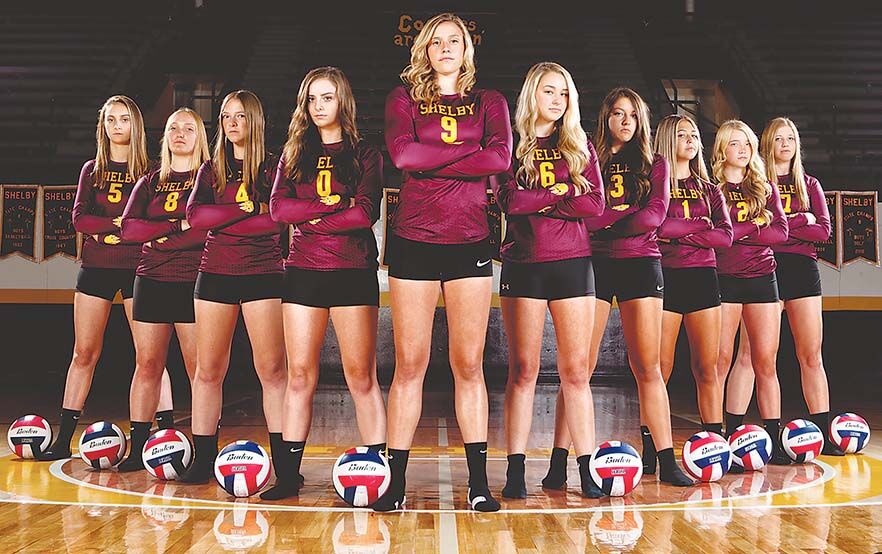 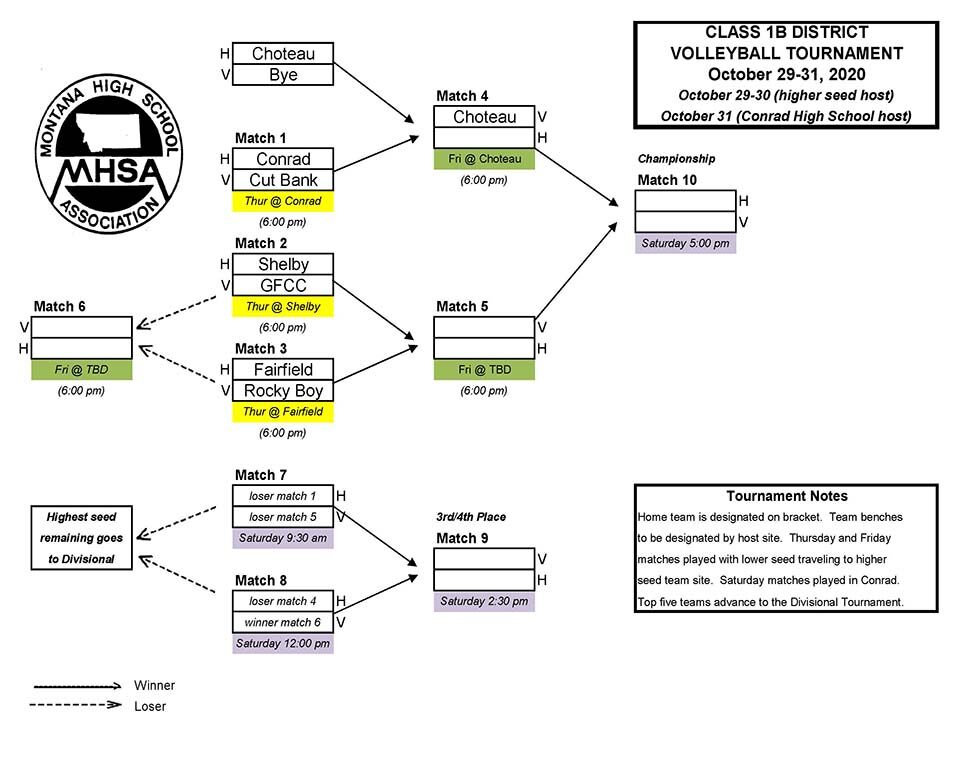 The top five teams from the district tournament will advance to the Divisional Tournament next weekend. The highest remaining seed losing a Saturday morning loser-out match in Conrad will be the fifth qualifier from District 1B.

In last weekend’s action, the Coyotes battled Choteau, the No. 1 team in the conference, and came up short. Maddison Underdal had 12 of the team’s 21 kills, and two of the team’s four blocks. Jori Clary and Jaci Johannes each had one ace, and Clary had a team high 13 digs. Cami Blevins hustled for 10 digs and Vivi McDermott had all 13 of the team’s assists.

“We were excited to be back on the court after our two weeks off,” said Fisher. “We had one full practice before taking on Choteau at home. They are always a tough team and really put us to the test right away coming back. Our girls had some great volleys and really fought for every point.”

Saturday the Coyotes dominated the first two games against the Mustangs on their home court, before allowing Great Falls Central to win the third game. The Lady Coyotes quickly dispatched the Mustangs in the fourth.

Underdal had 14 of the team’s 39 kills, and Clary and Blevins each had nine. Underdal also came up with a team high 14 digs, while Johannes came up with 10. McDermott collected 23 assists, and Johannes added 13. McDermott led the team with four aces, while Clary chipped in three.

“We were thankful to get to make up this match, because we missed so many,” said Fisher. “Our girls came out with a lot of energy and ready to win. We were fortunate to get these two matches in before districts to help us prepare for the post season.”