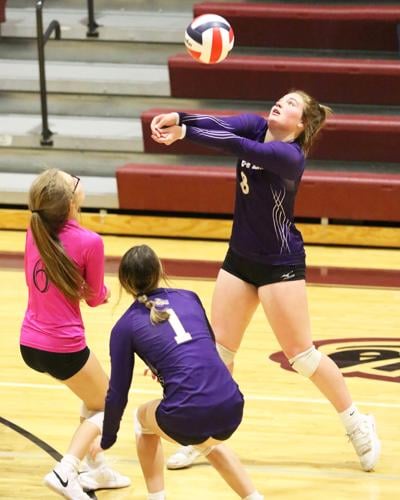 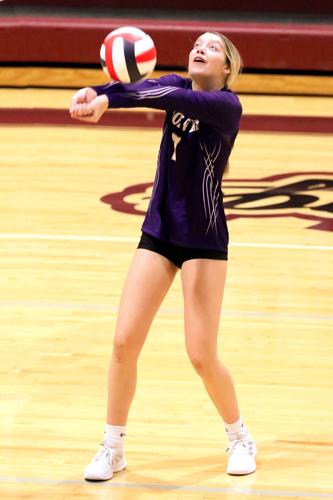 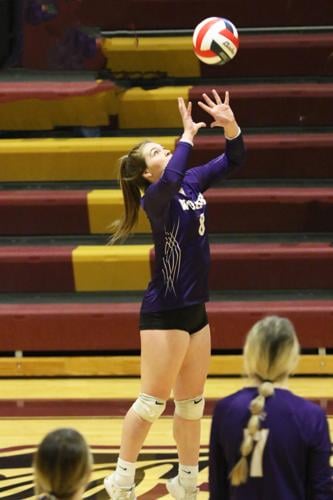 The volleyball season continues for the Cut Bank High School Lady Wolves as they earned fourth place in the District 1B Tournament in Choteau last weekend. They will open the Northern B Divisional Tournament against Glasgow, the top seed from District 2B, at 10 a.m. Thursday, Nov. 3 in Choteau.

“I was pleased with how we played throughout the tournament,” head coach Barb Genger said. “With a couple of breaks here and there we might have finished higher, but I’m happy with how we’re playing going into the divisional tournament.”

The Lady Wolves opened up districts against Conrad and fell in the first set 21-25. They were down late in the second set 13-18, but rallied to top the Cowgirls 25-22.

“We fought hard to come back and win the second set, and that was huge for us moving forward to win the match,” Genger said.

Senior setter Kendra Spotted Bear had a stellar all-around performance, leading the team in aces with four, blocks with three, and assists with 31. Junior outside hitter Makenna Burke tallied 19 of the team’s 34 kills and 27 of the team’s 93 digs. Junior libero Kenzie Stiner had a good defensive game with 25 digs of her own.

The Lady Wolves struggled to get momentum going against the eventual tournament champions and recorded only two aces and 14 kills for the match. Stiner led the team in digs with 12, while Burke led the team in kills with five.

After the loss to Choteau, the Lady Wolves needed to beat Rocky Boy in loser-out action to keep their season alive. Cut Bank disposed of the Morning Stars in straight sets, 25-16, 25-11 and 25-15, to secure a spot at the divisional tournament.

While Cut Bank finished in fourth place, Shelby finished the District 1B tourney in third, Fairfield in second, and Choteau in first.

Glasgow topped the District 2B competition, while Malta finished in second, Wolf Point in third, and Poplar in fourth. Those eight teams will make up the field for the divisional tournament Nov. 3-5 in Choteau. The top two teams will advance to the state tournament in Bozeman Nov. 10-12.