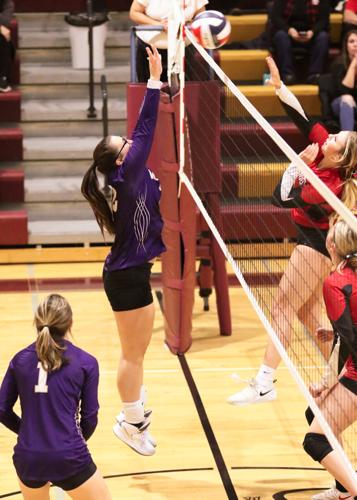 Chloe Dempsey goes up for a block in front of teammate Kendra Spotted Bear (1) during the Northern B Divisional Tournament last weekend at Choteau. Photo by Mike Bashor 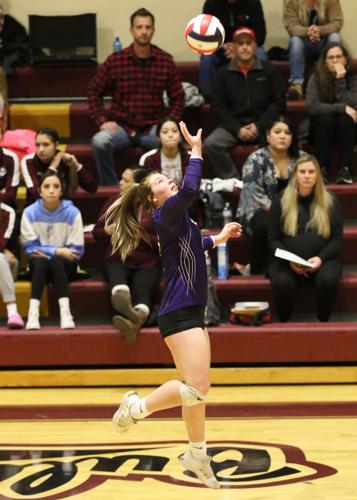 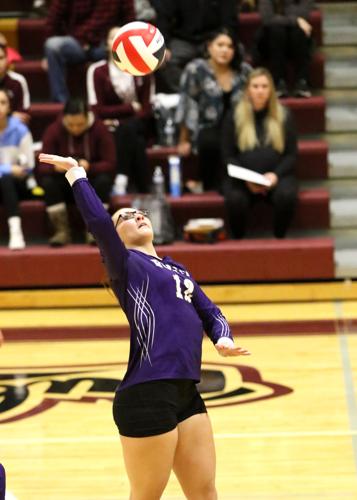 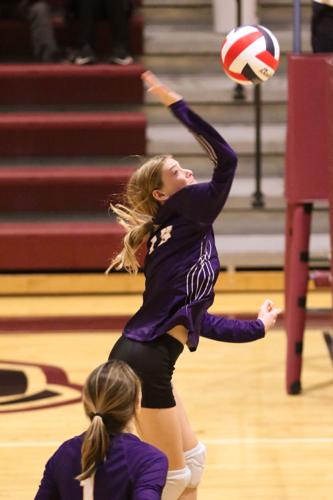 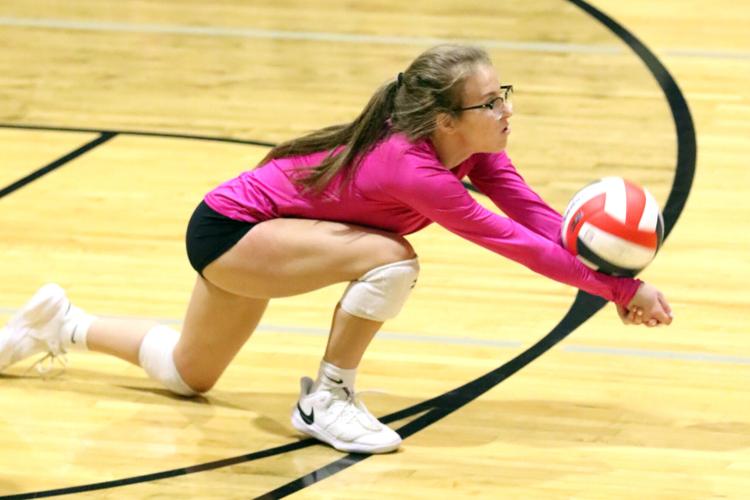 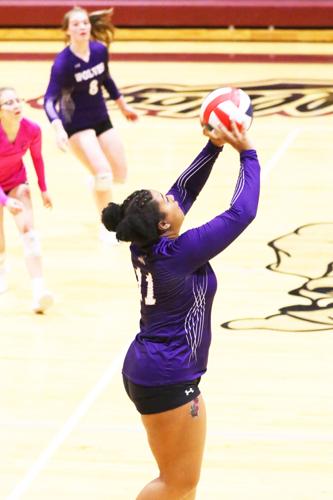 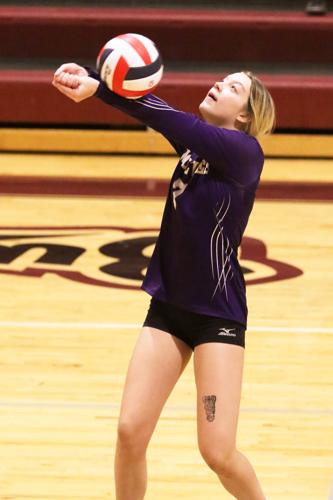 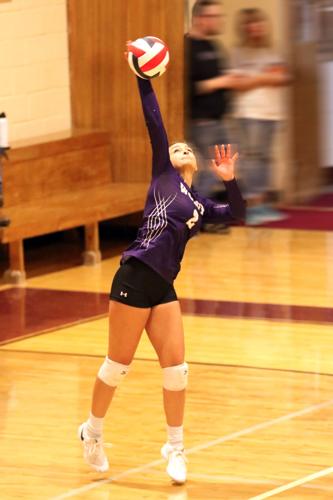 Chloe Dempsey goes up for a block in front of teammate Kendra Spotted Bear (1) during the Northern B Divisional Tournament last weekend at Choteau. Photo by Mike Bashor

The Cut Bank Lady Wolves volleyball team ended its postseason run, going 1-2 at the Northern B Divisional Tournament last weekend in Choteau. The Lady Wolves had a 9-12 overall record for the season.

“I was very pleased with how we competed in all three matches,” head coach Barb Genger said.

The Lady Wolves opened up the divisional tournament against Glasgow on Thursday. The two teams battled back and forth in the first set before the Lady Wolves fell 22-25. The next set scores were 20-25 and 13-25. The Glasgow team went on to earn a second-place finish and advance to the class B state tournament, along with divisional champion Choteau.

Leaders for the Lady Wolves in the Glasgow match included junior Makenna Burke with three aces, junior Addie Harrell with four of the team’s six blocks, and senior Darci Littrell with five kills. Junior libero Kenzie Stiner had a good defensive performance, picking up 13 digs to lead the team. Senior setter Kendra Spotted Bear had 22 assists for the match.

The Lady Wolves had a strong serving match, earning 19 aces. Burke and Stiner had six aces each to lead the team. Burke also led the team in digs and kills with 15 each. Littrell picked up 14 digs as well, while Spotted Bear contributed 23 assists.

After beating Wolf Point, the Lady Wolves faced the Malta M-ettes in another loser-out match. The two teams had back and forth battles in each set, but the M-ettes topped the Lady Wolves 19-25, 18-25 and 22-25.

“We improved tremendously throughout the season and were playing our best volleyball in these last two weeks at tournaments,” Genger said.